The annual tradition is here for its 5th Edition! What better time to share a list of all our favorite games we played this year!

While it might seem like the ordinary list to some, as Game Developers, we only have so many hours for leisure and gaming. So, we figured we’d share the cream of the crop we’ve found this year and give some recommendations on what to try out during the holidays! This upcoming week is one of the only real free time we get every year, so we’ll try to make the most of it by spreading the love for all these awesome gaming experiences you won’t want to miss! 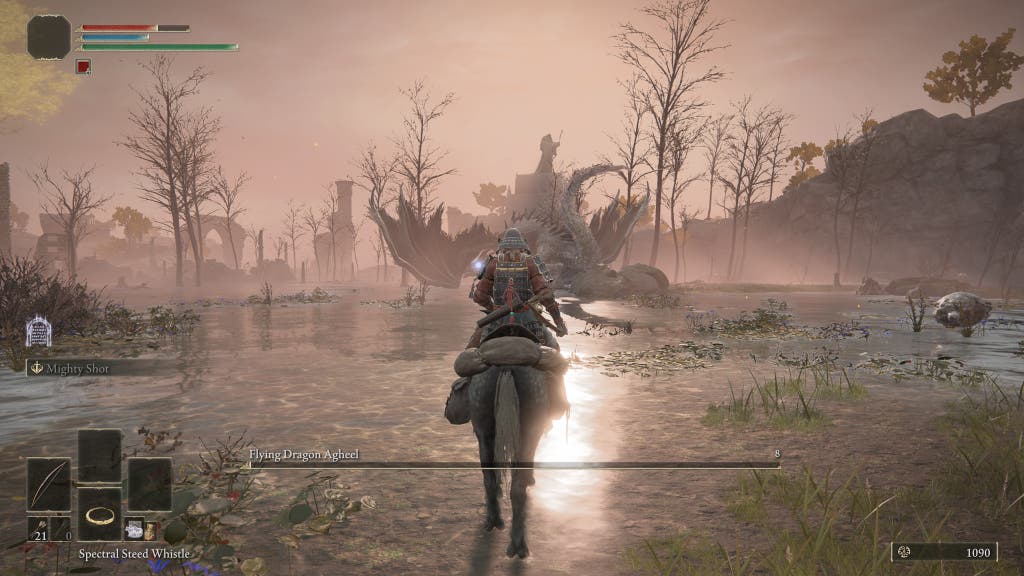 “My 250 hours of playtime tells me it lived up to the hype.”
– Med, Community Manager

“My soul has belonged to FromSoftware since 2009 and this year is no different. I love the co-op and invasion aspect of FromSoft games, and the colosseum update was a game changer. If you see someone around the RL125 range wearing the Snow Witch Hat spamming Ranni’s Dark Moon wielding the Dark Moon Greatsword, that’s me!”
– Stef T., Art Director

“Game’s so good it made me go back and play every other FromSoft game back-to-back. Their whole catalogue is required reading (playing?) for monster and boss design, but Elden Ring is particularly good because it is the most “accessible” of the bunch. It conditions and trains you into accepting and appreciating the “soulslike” mentality. In turn, this helps you appreciate all other games in a much more nuanced way.”
– Cem, Game Designer

“A staggering, colossal achievement of a game which kind of ruined me for other games during the months that followed. (Sorry, Tunic!)”
– Rodrigue, Director of Marketing & Publishing

“New benchmark by From Software, in term of Level design and world building.”
– Gael, 2D Artist 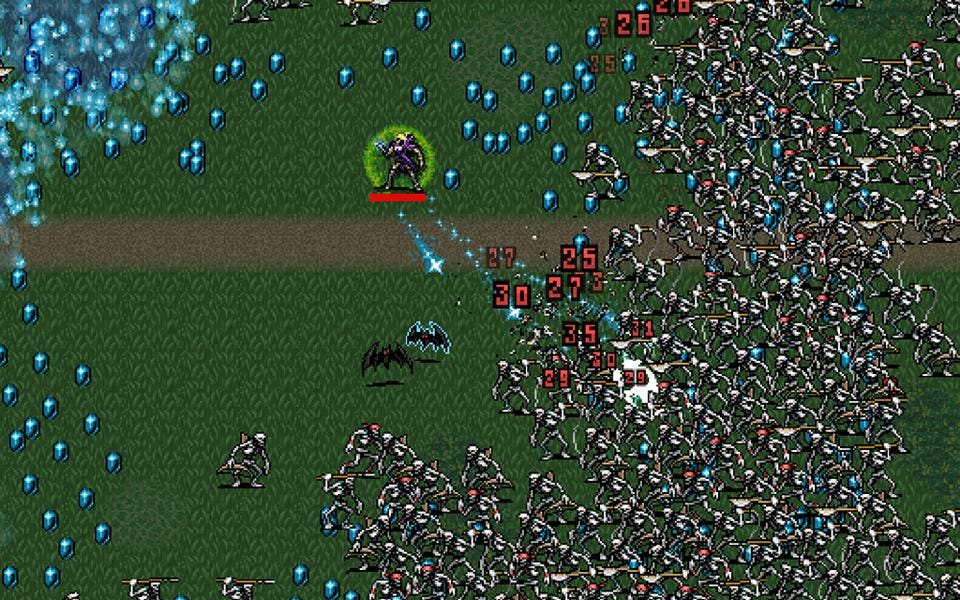 “What Will said.”
– Rodrigue, Director of Marketing & Publishing

“If you don’t want to lose a part of your life, just don’t start that game. I dare you to just try it for an hour and stop playing it.”
– Fern, Design Technical Director 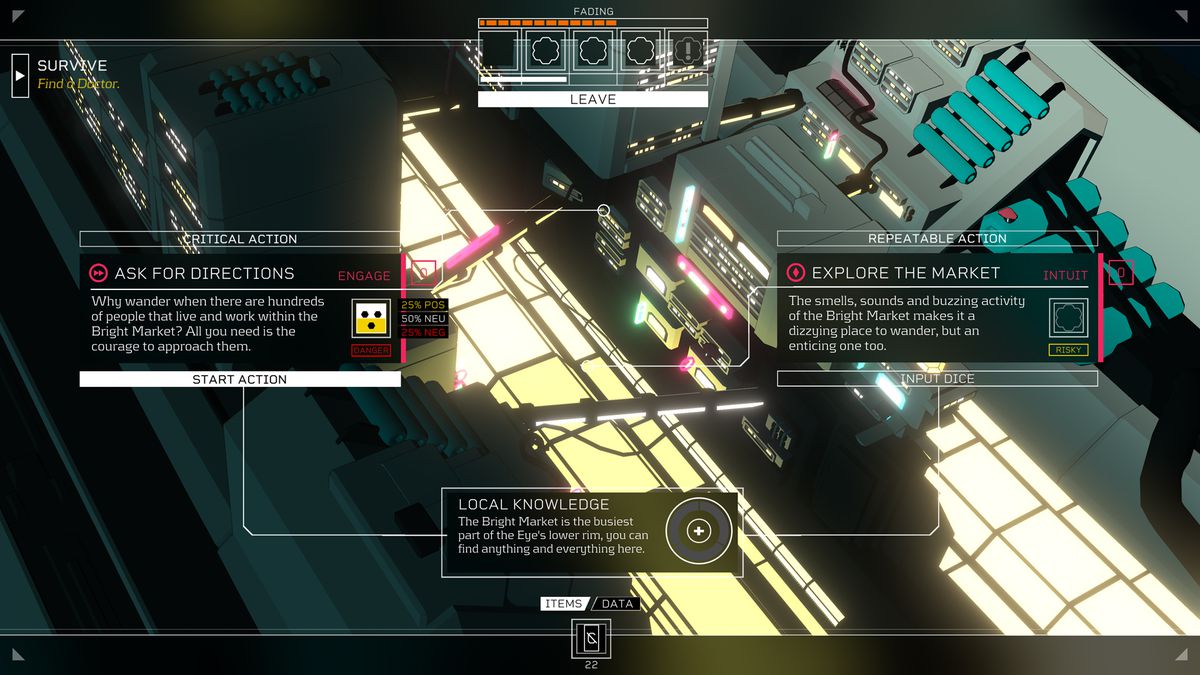 “Citizen Sleeper is a narrative-focused RPG set on a space station where commerce and relationships do not always intertwine. Beautifully written, this game simply captured my attention and demanded a level of care and connection for characters I hadn’t felt in a long time.”
– Max M., Level Designer

“This game is a whole mood. If you enjoy a dystopian futuristic setting/aesthetic, light strategy elements and narrative exploration + bond-building, chances are you’ll like Citizen Sleeper.”
– Sophie, Game Designer

ENDER LILIES: Quietus of the Knights 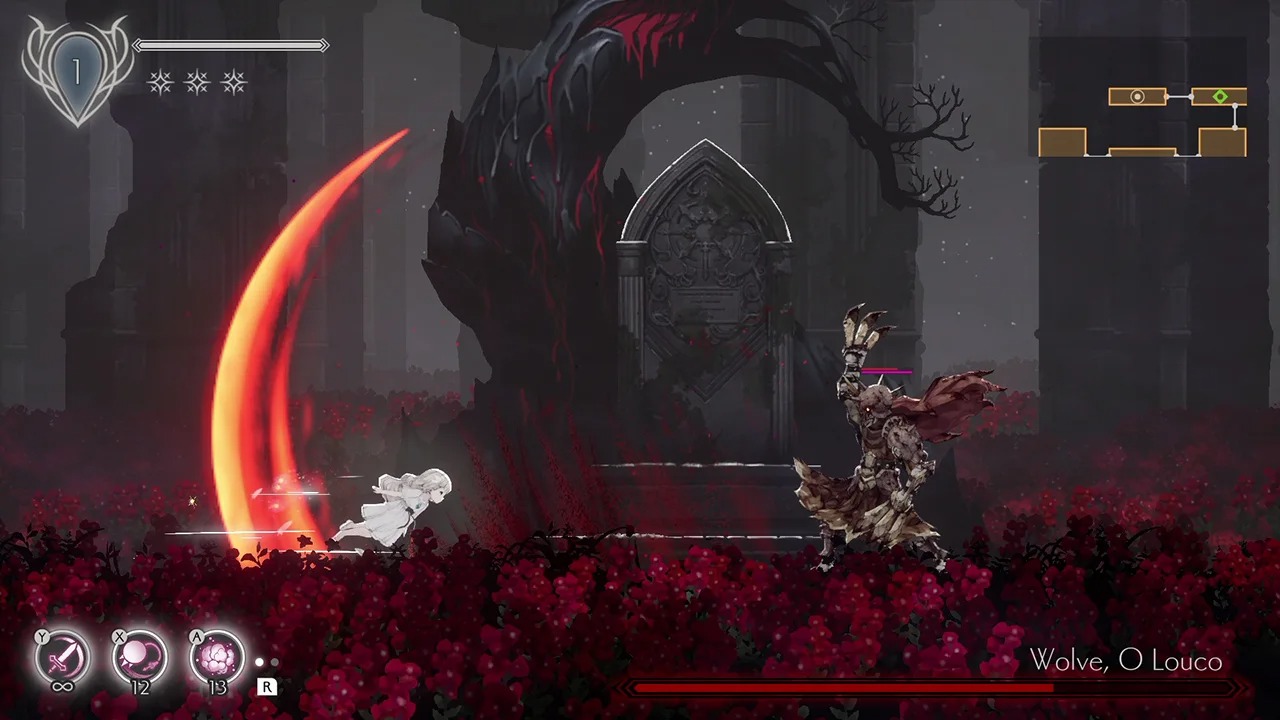 “I started playing it because I was intrigued, the visuals looked good, the gameplay and the boss fight seemed fun and this MetroidVania-like doesn’t deceive me for a second… It was a fun ride. I even play more than I do usually, since I have a lot of games to play, I usually tend to just play the main game, but for this one, I’ve done more than that.. I haven’t done the 100% but I’m quite near… A great game!”
– Fern, Design Technical Director 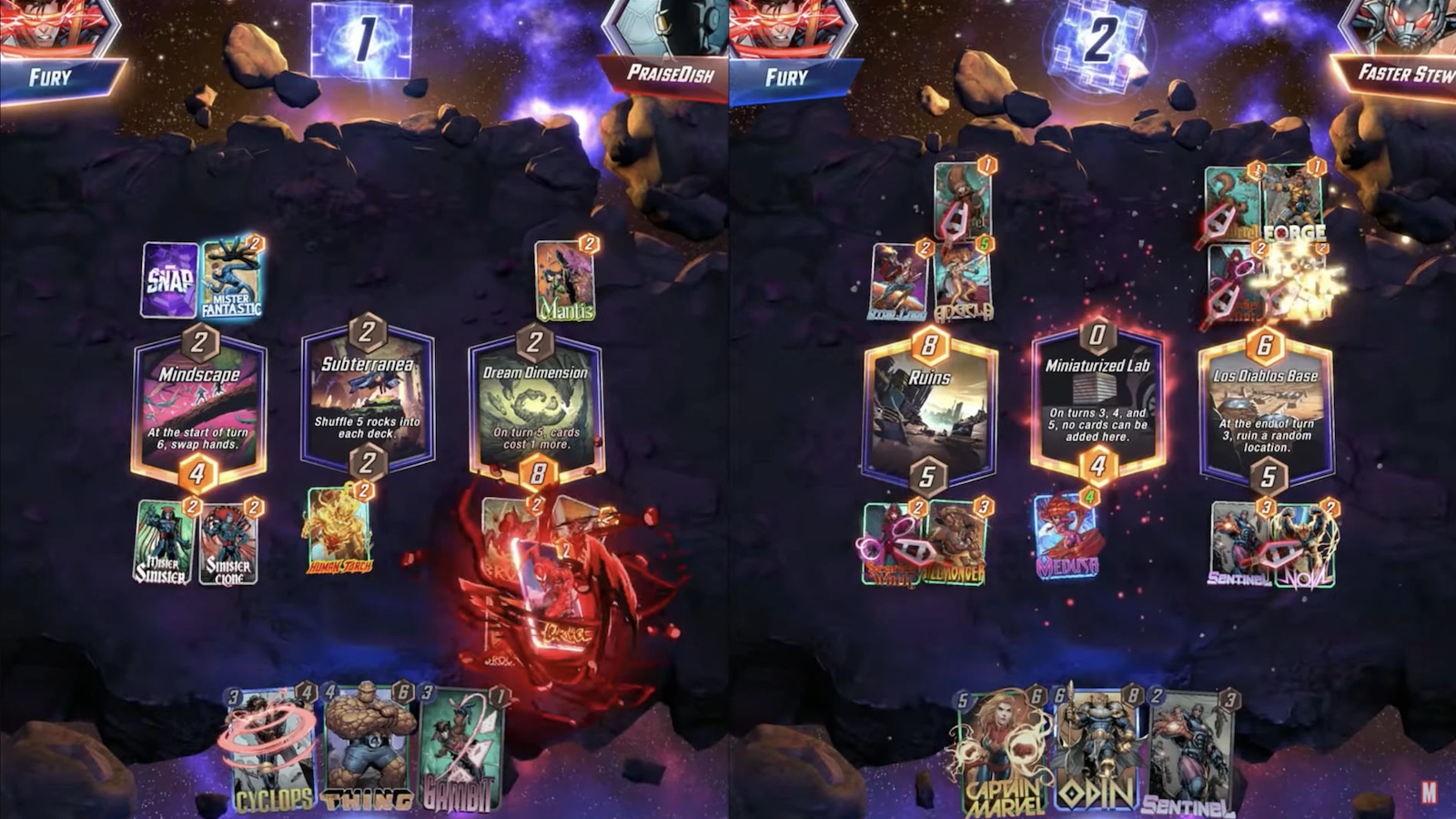 “The first game in, what, a decade? to get me to pull out my phone in the subway, at the breakfast table, in bed, on the can, during a Habs game… to play just one, two, eleventeen times more. Perfectly balanced card battler that (for the moment) avoids the worst of monetization.”
– Rodrigue, Director of Marketing & Publishing “Is this a sleeper hit? It was nominated for an award at the Game Awards. Anyway, slick movement, fun shooting, Danganronpa-esque art style, and very cool tunes. Give it a go if you like if you ever thought about speedrunning video games but didn’t actually want to learn how to speedrun video games.”
– Cem, Game Designer

“Everything that was stated above, plus the soundtrack goes super hard. One of the best feeling games I’ve played.”
– Jonathan M., Programmer “Tunic came and went, but my adventures with that adorable fox, deep into dungeons or forests fighting monsters or looking for secrets, will forever hold a special place in my heart. With every page of that gorgeous in-game manual I collected, my excitement grew as I knew that more mysteries were hiding in this charming and vibrant world.”
– Maxime M., Level Designer 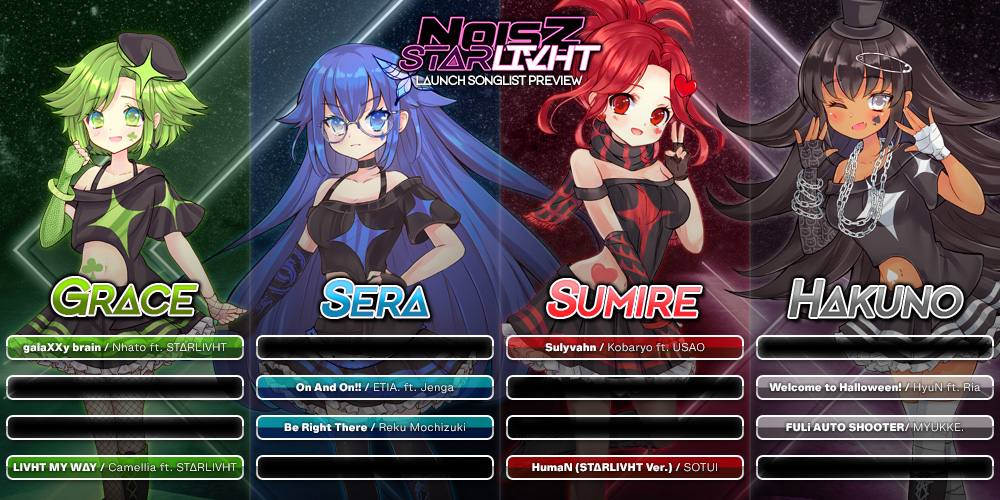 “Extremely niche and criminally underplayed series of bullet-hell / rhythm game crossovers; as a fan of both genres, I didn’t have any other choice but to play it. Base game is a 4-hour (ish, depends on the player’s skill) campaign and I have 50 hours on it, and I’m still replaying levels going for high scores. Ah, and the soundtrack goes impossibly hard.”
– Jonathan M., Programmer 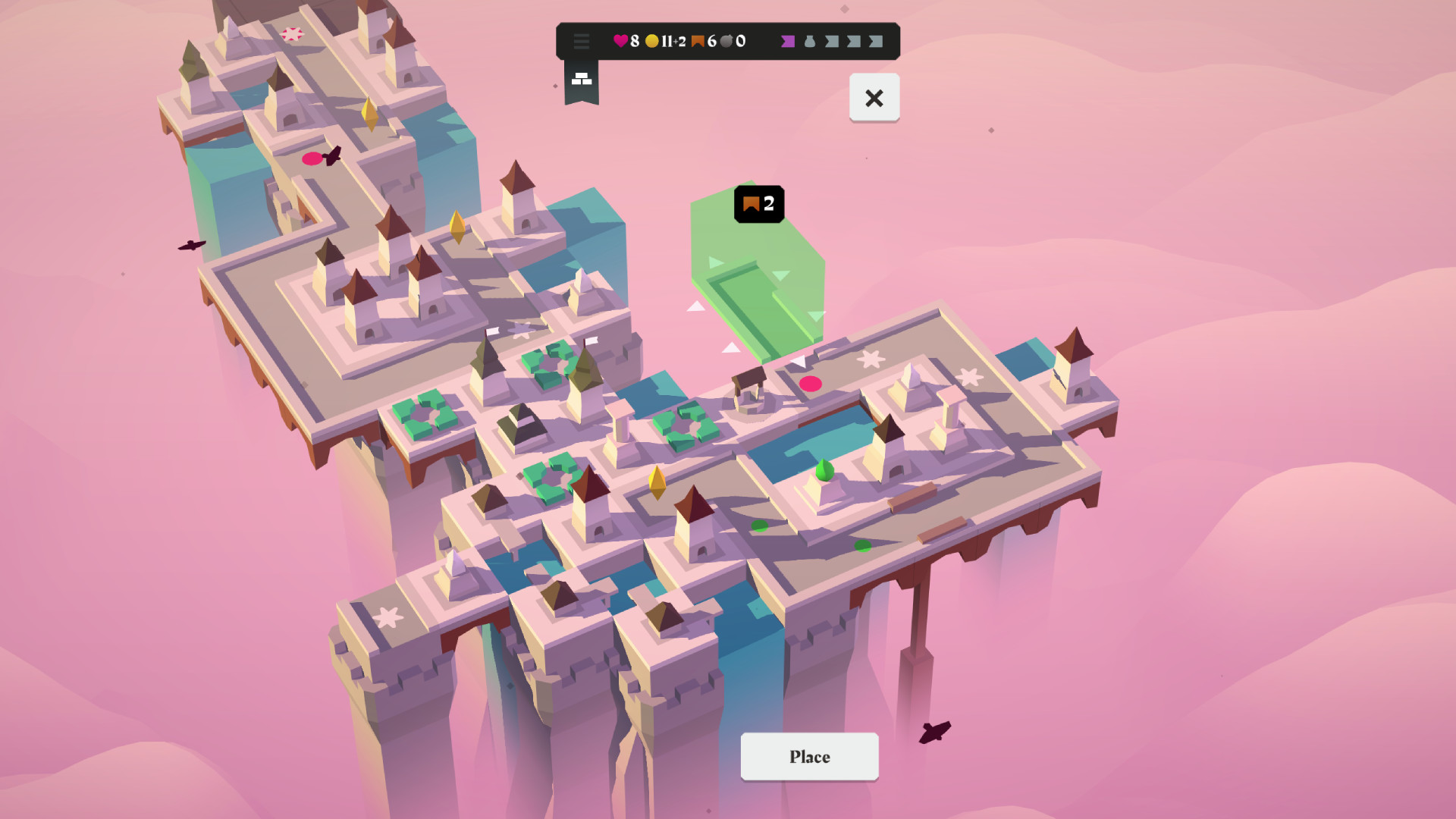 “Simple tower defense roguelike game. It has nice randomization and is a really cool take on the genre.”
– Ian, Level Designer

“A really good Pokemon-clone with its own twist and nice story. The Coromons are really cute and they are all animated in pixels. :O”
– Annie-Claude, Senior Quality Assurance Tester

“It’s a culmination of a ten year story and says that no matter whether or not you’re likely to succeed, it’s important to do your best and try because that trying means something to someone and it’s a beautiful story and also I cannot get the song Flow out of my head.”
– Sarah, Quality Assurance Tester 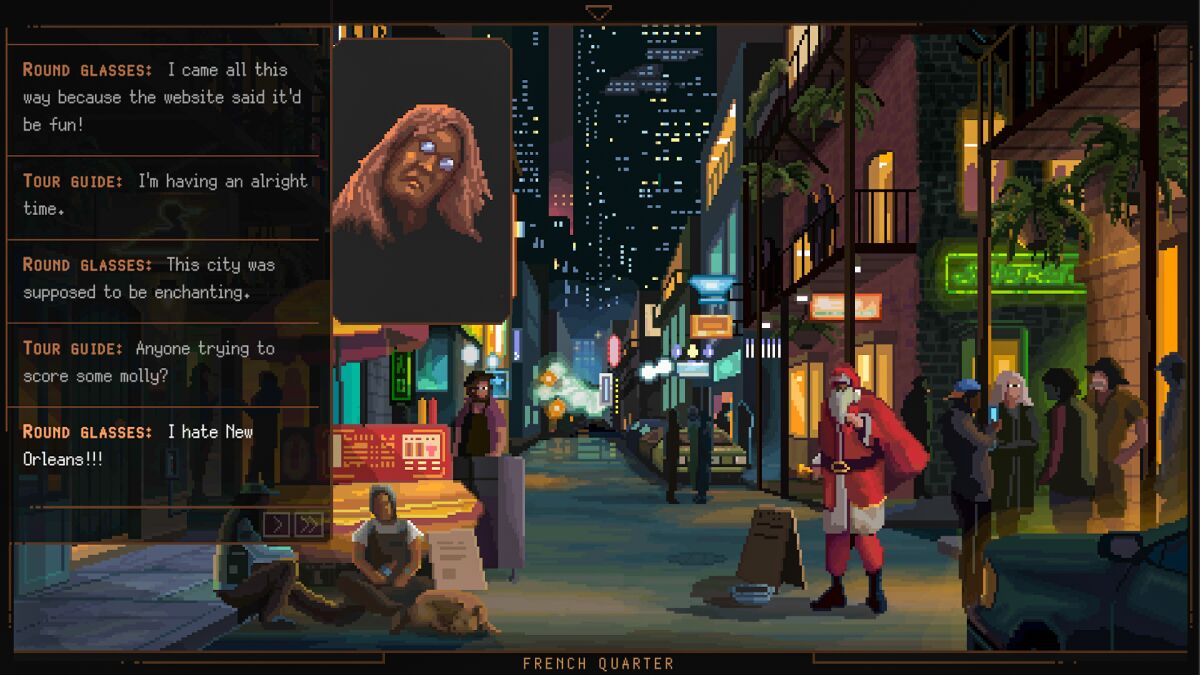 “If you are looking for a game that will leave you sitting silently and staring off into space for an hour once you’ve finished it– this is the game for you. Its story is as absurd as it is strangely profound. It doesn’t take itself too seriously while also managing to deliver a heartfelt message. 10/10 might make you cry, I don’t know I’m not your mom. And please– get the hot-dog man to tell you his story (I don’t think I’ve ever laughed so hard while playing a game)”
– Sophie, Game Designer

Looking for more recommendations? Check out our list for 2021!