To celebrate the long awaited Soundtrack & Artbook update, which contains the art & themes for all the new spirits, islands and event (and some missing songs from the original game), I sat down with Max LL, our wonderful composer, to ask him some questions!

What is your history with Thunder Lotus?

Will (the studio’s founder) and I are childhood friends. We used to play in a rock/metal band together in high school, Will as drummer and I as guitarist and singer. We share some great memories from that time. Those were also very formative years for me as a musician, I started trying my hand at writing, composition and experimented with different musical styles.

A few years later, as Will was contemplating the idea of starting a game studio, I was making my first steps in the film and game industry as a composer. We had kept playing music together through the years and it felt natural for us to collaborate on a first project, so Will asked me if I was interested in writing a musical theme for Jotun, which was still in its early conception phase. A Kickstarter campaign was launched, successfully funded, and this is what started this beautiful collaborative working relationship I’ve had with the Thunder Lotus team since. 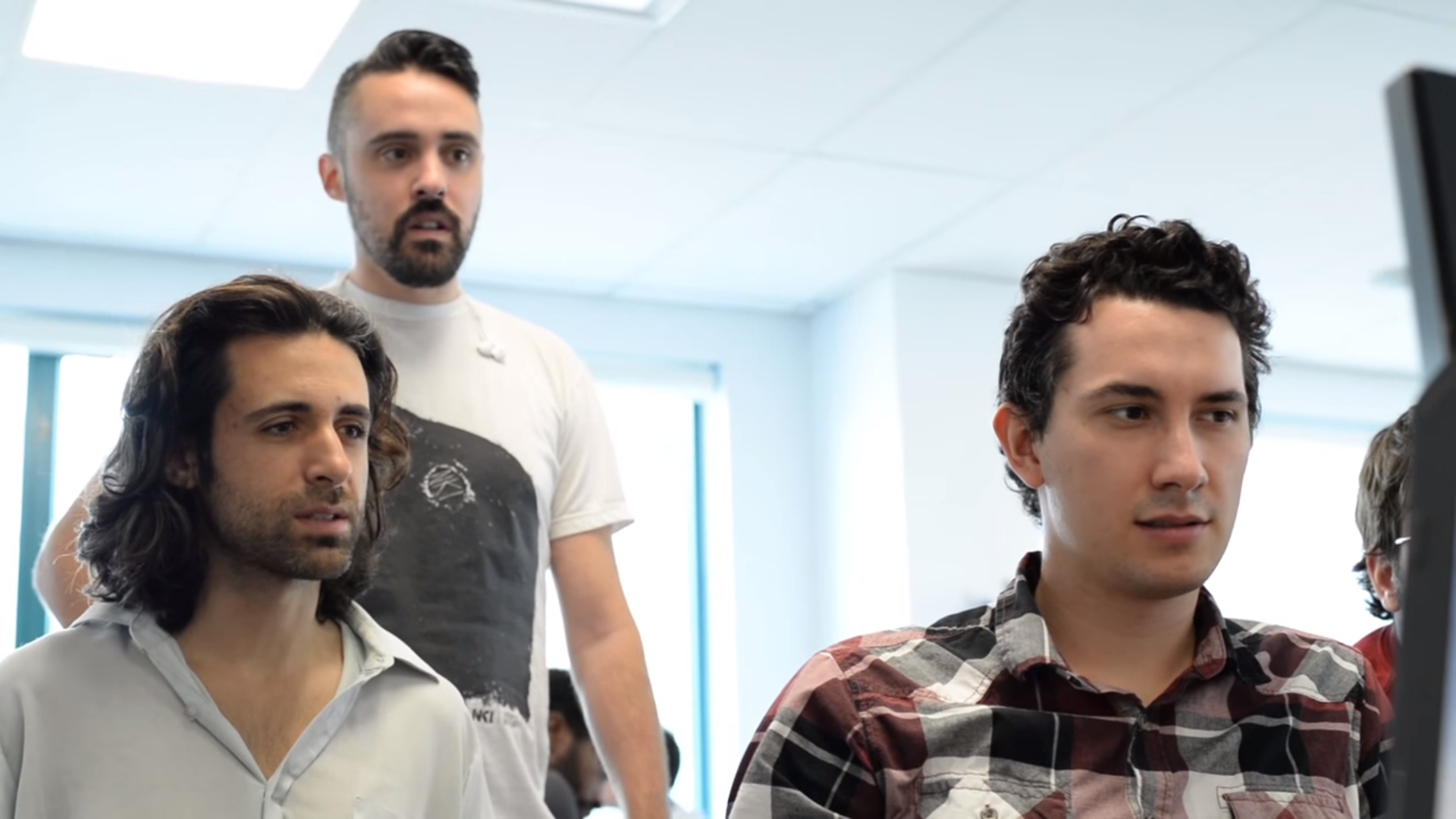 How would you define the music you created for Spiritfarer?

I’m not the most eloquent communicator when it comes to describing music with words. Music can evoke an infinitely nuanced, complex and colorful array of emotional worlds in a way that other mediums cannot.

For Spiritfarer, it was important for the music to have both complexity and simplicity at the same time and an intrinsic emotional duality, even sometimes dichotomy. Grief is a complex and difficult subject matter that the studio wanted to portray in a cozy and lighthearted way. Thunder Lotus wanted the game to help us free ourselves from some of the taboos surrounding death and passing. The music needed to reflect that, so it could never be just happy, angry, or sad. Sometimes, moments of happiness needed to be accompanied by a form of melancholy, moments of fear and sadness by nostalgia. Finding the right tone for some of the game’s moments was definitely a challenge but I think I eventually landed in an emotional space that felt right. I tried deeply reconnecting with all the moments of grief I had gone through in my life to summon the appropriate musical energy.

In general, I’d say that the kind of music I had to write for Spiritfarer is one that comes most naturally to me and that made the project such a joy to work on.

What were your inspirations for the soundtrack, and how did you choose which instrument(s) to use?

Nicolas Guérin, Spiritfarer’s creative director, shared a wide selection of songs with me at the beginning of the project. The genres ranged from manouche guitar, jazz and french folk to Ghibli film scores and 20th century classical piano music. We decided early on that piano was going to be heavily featured in the soundtrack. Indeed, piano is an instrument that feels very familiar and “cozy” in the western world as it is common for families to have one in their home. Stella plays acoustic/nylon guitar in the game, so that also became an obvious instrument of choice. Luckily for me, those are the two instruments I’m most comfortable with. Although coincidently, those instruments had not been used in any of the studio’s previous games. Playing guitar and piano for Spiritfarer felt like coming back home after a long trip abroad.

A wide variety of other instruments was also featured in the score: sitar, mandolin, dulcimer, shakuhachi, singing bowls, to name a few. The traditional orchestral sound was used to blend those textures and colours with the guitar and piano. It’s always present in a way that adds a more complex and profound emotional underscore when needed.

Some of the tracks were also written as duets. Conversations are an important part of the storytelling process, so it felt natural to have instruments “speaking” to each other, asking questions and answering, conversating (for ex.: the tracks Gurenu Fields, At Night and Hummingberg).

Can you walk me through the process of creating a track?

The creative process was different for each track, but it always came back to connecting emotionally with the subject matter of the moment. I try speaking a language with music that most people, even if they don’t understand it fully, will be able to feel. Everyone will experience the game and music differently based on their own life experiences and upbringing. A big part of my work was bringing to life the emotions that the characters inside the game were experiencing. If the player can relate to those characters, he will most likely experience those emotions as well. 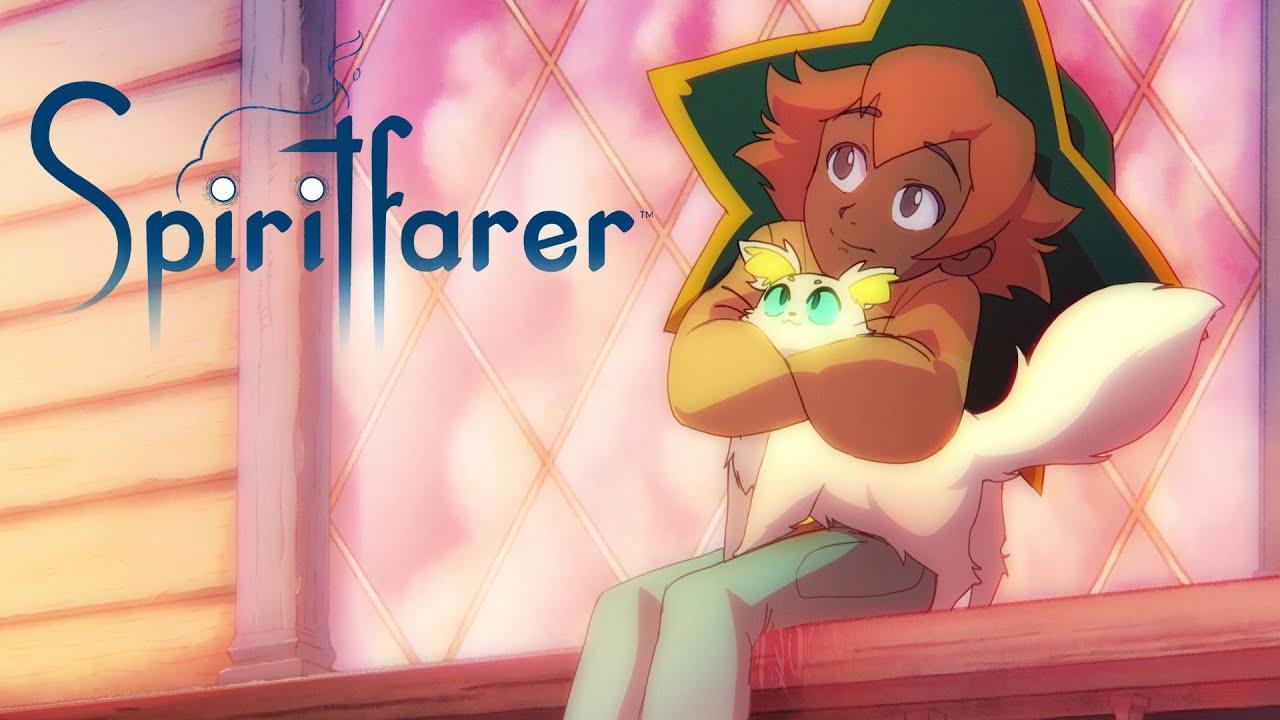 What Will You Leave Behind – Spiritfarer’s Animated trailer

For What Will You Leave Behind, I originally wrote the first version of the song for the animated trailer that was launched a few months before the release of the game. The team had contemplated the idea of covering a well-known song, but I felt it was worth trying doing something original before venturing into licensing territory. I took a couple of days to write some lyrics and a first draft of the song. However, words on a page, an instrumental demo and asking the team to use their imagination wasn’t going to cut it. I needed to communicate the idea as clearly and convincingly as possible. This was at the beginning of the pandemic, we were all in lockdown and I didn’t have access to my usual network of musicians. So I asked my partner Maude, who has a beautiful calming voice, to sing the song in an acoustic demo I produced.

The team fell in love with the song and were convinced an original track was the way to go. The animation style of the trailer called for a dynamic orchestral score and therefore, for a voice that was going to be able to soar over the ensemble. I emailed Timbre, a talented soprano singer and harpist who’s music I truly adore, to ask if she was interested to work remotely on the project. She agreed, we were absolutely thrilled by her performance and the trailer was received with great enthusiasm in the community.

Will mentioned to me a few times how much he would’ve loved hearing a calmer version of the song that had the same kind of intimacy the original demo he had fallen in love with had. I told him I’d try my hand at rearranging the song for the end credits if time allowed at the end of the project. So two weeks before the release of the game, I rewrote What Will You Leave Behind for piano and strings and asked Maude if she could once again lend us her beautiful voice for the performance. This became the song you hear when you finish the game and it’s truly heartwarming to witness how much it has touched and moved people everywhere around the world. In retrospect, it’s also one of the pieces of music I’m most proud of. Whenever I hear it, it brings back so many emotions from that particular moment of my life.

What were your intentions behind Alex the Seal’s infamous theme?

When I asked Nico to describe to me who Alex the Seal was, he told me he was a kind of annoying bus driver. I wanted to try something a little different, so I took a more radical approach and went a little crazy!

The irritating honking imposed itself and the percussion ensemble was a way to evoke the circus-like nature of his behavior. The out-of-tune trumpet felt like the proper instrument to act as his “voice” and I added some cheesy vocals because Alex felt like the kind of person who’d constantly be singing in a dooo dooo rhythmic manner while “driving” without too much regard for pitch. The resulting music is quite annoying, but that was all part of the original concept and it was a lot of fun to write!

What are your thoughts on the game / soundtrack’s success?

The game was released a few months into the pandemic, one could say that it came at the right time and became a blessing for a lot of people who were trying to deal with a difficult moment in their lives. However, when the game launched, we were all apart, remote, separated. It made the moment very uneventful. We could see in the numbers that people were interested in the game but it all felt very impersonal and abstract.

Nonetheless, since then, the team and I have been submerged by an unbelievable amount of truly moving comments and messages from fans about how the game and music had helped them in a difficult moment in their lives. Some of the unbelievable testimonials we’ve received have been both heartbreaking and heartwarming. I’m so humbled and grateful when people take the time to write about their stories. I would love to be out there to personally support everyone that’s been through hardship, but I have to accept that it’s impossible. It’s comforting to know that the game and its music are now out into the world doing a little bit of good.

Spiritfarer is not only the studio’s project now, it has left home, has a life of its own and now belongs to everyone who wants to experience it. The initial launch was slightly bittersweet because of the circumstances I described above, but I think we all now all realize that Spiritfarer is a special project that we were all lucky to be a part of.

To everyone out there who has been moved by Spiritfarer, who took the time to play the game, to listen to the music, to write to us, or share their stories, I would simply like to thank you from the bottom of my heart. And no matter the challenges you are going through, there are always ways to find support, don’t give up, the hard times will pass.

Thank you so much for the Music, Max LL

We truly appreciate the wonderful work you’ve contributed to our games over the years and are looking forward to our next projects together!

And thank you for reading! Now go listen to the newly updated Soundtrack on Bandcamp, Spotify or Steam, or read through the updated Artbook on Steam or Itch.

-Med and the Thunder Lotus team